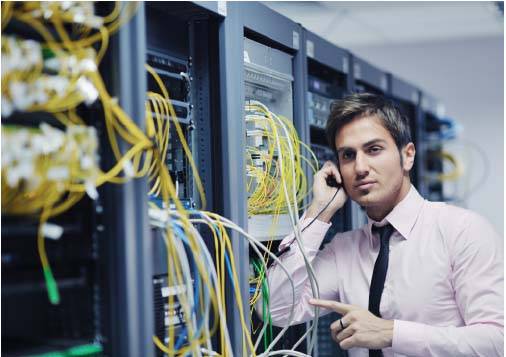 About three years ago I wrote a blog post warning of the dangers and limitations of the Telstra DOT (Digital Office Technology) service.  More recently with the continued roll-out of the National Broadband Network we are finding that many of our customers are once again being approached by Telstra to try and sell them a new DOT service.

When I wrote that article I told people to avoid DOT because Telstra were installing it on relatively low speed ADSL services and there just was not enough bandwidth or Quality of Service provisions to make the system work properly.  Now that they are installing DOT with NBN services you would be forgiven for thinking that the problems of the past have been resolved.  And you’d be right, sort of….

Certainly with an NBN connection there are no bandwidth problems and they do seem to have fixed the Quality of Service issues as well but now they have introduced a whole new problem – with Telstra DOT you are forced to use the Telstra supplied router and that’s not a good thing.

The router which Telstra supply is a re-branded Netgear with Telstra firmware installed on it and the firmware is full of bugs.  This router is so bad that we recently had a customer go through 3 of these Telstra supplied routers before we got one that we could actually save configuration changes to without the router resetting itself.

When speaking with a Telstra engineer just a few days ago, he acknowledged these faults, he said that they already knew about them and told us that they are having problems with as many as one third of their entire DOT customer base, yet they continue to sell this hopeless service to their customers.  You can draw your own conclusions from that experience.

Three years ago I concluded by saying that Telstra DOT was a viable solution only in very limited circumstances, now given this new set of problems my advice is to steer clear of Telstra DOT all together, it’s not worth the pain.